GRIMMEL GIRLS SHOW CATTLE traces its roots back to 1991, where the sisters’ passion for the Hereford breed blossomed. Because their parents didn’t have much experience with beef cattle, the girls learned very early on as first generation cattlewomen how to do things on their own including halter breaking calves, feeding and preparing them for shows, and even driving the truck and trailer to shows themselves.

Jacob Wolfrey (married to the oldest Grimmel Girl, Michelle) joined their team in 2010, leading their program to win numerous national titles including the NWSS, NAILE, JNHE, KILE and, most notably, the 2016 NWSS Grand Champion Polled Female; along with several Show Heifer and Show Bull of the Year awards. Jacob was most recently selected by fellow Hereford Breeders as the 2022 American Hereford Association Herdsman of the Year.

ELITE GENETICS FOR OUR CUSTOMERS

Their program utilizes intensive AI, ET, and IVF work to produce cattle that not only perform in the show ring, but more importantly when put in production to thrive in multiple facets of the industry. Over the years, they have worked hard to study pedigrees and grow their program to sell cattle and genetics to customers in more than 25 states and several Canadian provinces.

WE REMAIN SO THANKFUL

The Grimmel Girls appreciate the incredible amount of advice and support they’ve received from fellow breeders along the way, and take pride in “paying it forward” to provide a great and successful experience for all customers. Feel free to reach out to any of them to learn more about their program and the cattle they have available. 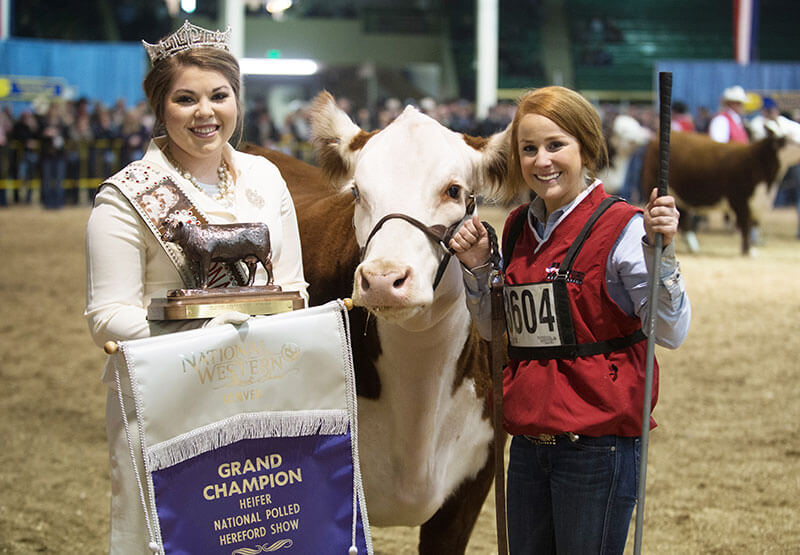 Thank you  for your interest in our program!
We would love to hear from you! Please contact us for more information.